We were VERY lucky with Eva and a recent head bump.

I say lucky in that she had a mild concussion, we went to hospital and she has come out the other side ok.

Every time she and her brother start to mess together now, i am terrified for her; I don’t want it to happen again and am seriously considering popping a helmet on her from morning to night.

Eva’s preschool are running a fundraiser tomorrow night for an almost four-year-old boy named James Higgins who was not so lucky with a head injury last year.

Just shy of his third birthday party, he fell at a playground and banged his head.

What happened in the next 24 hours is every parent’s worst nightmare – their gorgeous James is now rehabilitating and wheelchair bound following a blood clot and other complications.

I will let James’ grandad tell you the story in his own words:

James Higgins was 1 month short of his 3rd birthday when the accident happened on the 2nd of December 2015. His grandmother and I had taken him to collect his brother, Liam, from school. On the way home we decided to visit the playground. We were only a few minutes there when James fell on the all-weather pitch and hurt his head. What seemed innocuous enough at the time later turned into a nightmare. Within the next two and a half hours his condition worsened and we called an ambulance to take him to Temple St. Children’s Hospital where he underwent emergency surgery to remove a clot on his brain. He was subsequently moved to intensive care where he spent the next three weeks in a coma.
Over the next six months James’s condition fluctuated with bouts of pneumonia and flu. At the end of May 2016 he was moved to the National Rehabilitation Hospital for further treatment and rehabilitation. At this stage he was unable to walk or talk and his left eye was partially closed. A recent brain scan has revealed that he will never have the use of his left eye.
Obviously James needs 24 hour care and still attends the National Rehabilitation Hospital four days a week in a specially adapted taxi. At the weekends his Mum and Dad, Jean and Kevin, and his brother take him out for walks in his wheelchair but outings are limited to this as they have no other means of transporting him.
When Brenda heard about James’s plight she offered to carry out some fundraising events so that James’s Mum and Dad can purchase a specially adapted car, which would make a significant difference to the family’s quality of life.
A big thank you from James and all his family.
Michael Conroy (James’s Grandad) 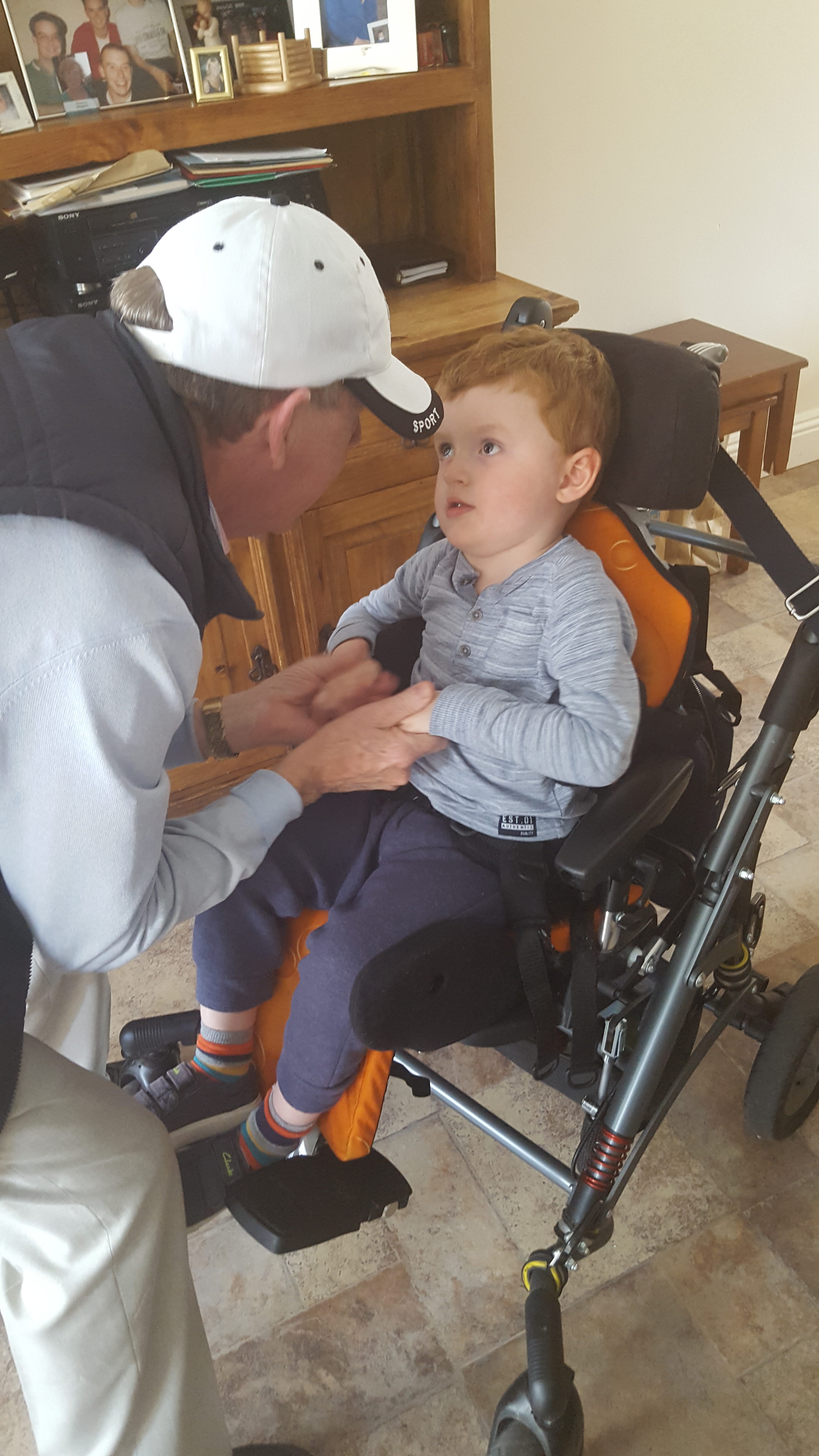 Eva’s preschool are helping to raise funds for a specially adapted car for James and his family promise to bring him to visit the children at Bizzy B’s when he (fingers crossed) gets it.

There will be a charity auction hosted by yours truly in The Drop Inn in Rush at 8pm and I hope some of my Rush friends reading this might make it along.

If you have any prizes or items for auction please contact Brenda Lattimore on 0872487445 or if you would like to make a cash donation, please contact me and I will point you in the right direction.

I know you join me in sending love and best wishes for little James and his family, and I hope to see you tomorrow night x