CONFESSION: I once lived in Lusk, North County Dublin for, like, two years.

I’m really terribly sorry that I kept it from you, but you see, I was MORTIFIED. The fact is that when you grow up in one village in North County Dublin (and I grew up in Rush), Town Loyalty states that you must vow to always, always hate your neighboring village and it’s inhabitants. This includes claiming superiority in all areas of village life, such as: the ridieness of your local GAA players; the presentation of the town square Xmas tree, accessibility and cleanliness of public toilets in the local pub and finally, control that the female population keeps over their Bubble Gees.

In case you are wondering, the ‘Bubble Gee’ can be found on a body, starting from the actual gee area itself and extending all the way up to some place in and around the sternum. They are also referred to as ‘The Gunt’ in slightly more rowdy company, and honestly? There is nothing I love more than a good Gunt.

When I lived in Lusk, I constantly referred to the dedicated bike and walking path which circles the village as ‘The Bubble Gee Walk’, due to the body type I normally encountered along the way. I also generally assumed that these fabulous creatures were in charge of protecting the village, a theory which has now been compounded by the addition of County Council-donated outdoor gym equipment at the side of the road. Not only would I not fuck with a person in possession of a Bubble Gee, but I most certainly would not fuck with someone in possession of a Bubble Gee on a CROSS TRAINER.

Due to my hyperactive nature and genes inherited from my mother, I have not ever had a bubble gee, the absence of which has made me question both my abilities to live in Lusk (Result of Questionnaire: NOT ABLE) and also my ability to protect a village should the need arise.

Although now… NOW I could be on to something…. check this Gunt out & send me some inter-village warfare to deal with 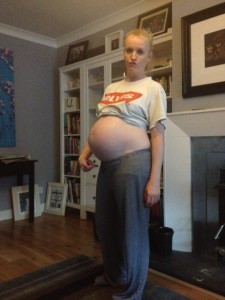 [If you like this, you’ll love ‘Preggo Watch: The Labour Surrogacy Outreach Programme’]