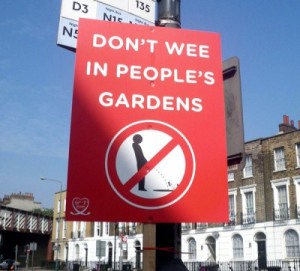 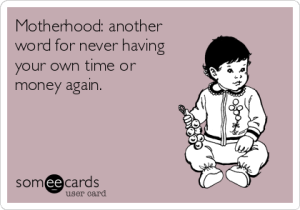 When Ass Monkey and I found out I was pregnant with Jacob in 2011, I made a promise to both of us that I would never complain to anyone about being pregnant. There were so many people in our lives at the time who were having difficulty getting pregnant, or who had lost babies, that it seemed like the most selfish thing we could do. We were lucky: we had gotten pregnant quicker than the time it took to say ‘Quick! Grab a johnny!’, I was fit & healthy, I had no morning sickness, and the baby developed as he should for the duration of the pregnancy. What the fuck did we have to be moaning about?!

I like to think that forcing myself to be mentally positive throughout the pregnancy helped me through on tough days when, you know, you have to try sleeping in the ‘sitting upright’ position because you have wretched heartburn, or you laughed so much at a comedy gig that you accidentally wee’d in your pants in public. These little things happen when you’re pregnant, and it’s vital not to let them get you down. When the big things happen, you get to handle things a different way.

I was also a bit…brave, no – A SHOW OFF – the first time around. I didn’t believe that being pregnant meant that I couldn’t do anything I might normally do. So I continued to lug heavy items around, gig on stage as much as possible, socialize, exercise, paint & decorate the place we then lived in and flirt with boys… Yes you CAN ACTUALLY flirt with boys when you’re pregnant, but only from the comfort of your Blue Fiat Punto when they only see you from the shoulders up and don’t actually know that you’re pregnant. It’s the CRAIC.

I have to be honest with you though, this pregnancy? I’m letting it all hang out. I’ve quit the live gigs for now, I refuse to lift anything I deem heavy – that even extends to my breakfast bowl from the table to the sink sometimes – I’m asleep by approximately 9pm every evening & there’s a good chance I will never flirt with another man human again. And anyway, the Fiat Punto is long gone…

Moaning? Yes there has been some moaning. This morning, I complained to Ass Monkey that my old maternity jeans no longer fit and caught myself stating ‘It’s bad enough being pregnant without feeling like a frump as well’. BAD SHARYN. I didn’t mean it, and retracted it from the atmosphere in our GrimNagh kitchen immediately. It’s not ‘bad enough’ being pregnant ANYTHING.

So I now vow to you that I will recall my positive mental attitude from 2011 and stop all this ‘But I’m preggggnanttttt’ whining for the next 5 months. Promise. But the pissing bit? Fuck-all I can do about that, I’m afraid. I’ll just try and keep it inside my pants this time ’round ;o) 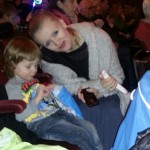 [Like this: Then don’t forget to read ‘Preggo Watch: I Forgot To Take My Pill’]