Sometimes, I have to make the dinner in our house although mostly, I am The Baker & Ass Monkey is The Chef. He’s SO good at it, that whenever he delivers one of his amazing lunches or Xmas hams, my family take turns threatening me that they will in fact disown me if I ever break up with him. And I believe them – the man has a flair.

I, however, do not. I do not have the same connection to cooking savory foods that I have to making and baking things that are laden with chocolate and sugar. In fact, I’ve actually been known to burn soup. BUT! I have been trying a lot more in recent months to make some positive changes – partly because I’m mortified at my shortcomings, and mostly because I have a growing family to feed. The days of calling a Chipstix ‘n’ cheese bread bread roll and a bottle of wine ‘dinner’ are over. OH-VAH.

So here’s a nice easy and quick recipe, that even a dinner-making-challenged wotsit like me can handle. Enjoy! x 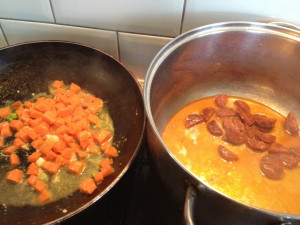 1. Brown 3/4 x medium-sized chicken breasts in the frying pan with a bit of cooking oil chucked in. When they are done, pop them in a dish into a warm oven until you need them again.

4. Separately, fry some copped chorizo in oil until it is crispy (about half a packet – I love it but too much gives me the dreaded heartburn!)

5. Now add the cooked chicken, chorizo and 1 x tin of rinsed chickpeas to the veggie and stock mix.  Simmer for 20-25 mins. 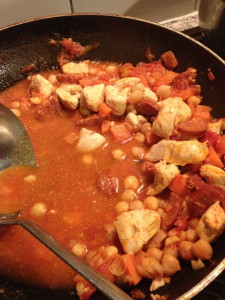 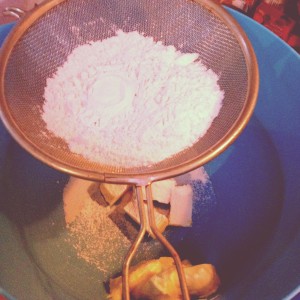 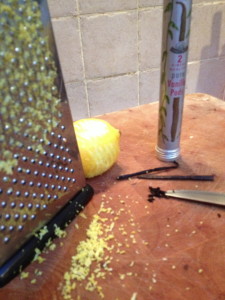 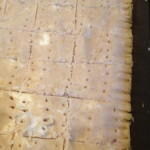 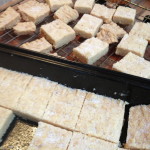 The last time I made pumpkin pie, I’m pretty sure was about ten years ago when I worked in Luigi Malones in Temple Bar, and my co-manager Kate who is from LA, gave me the recipe. Kate is also an amazing baker and cook and continues to shame me with the photos of her amazing family dinners on Facebook. By comparison, if I were to post photos of my family dinners (especially on Fridays), you would generally have nothing to ‘Ooh’ and ‘Ahh’ over other than how well placed the chips are in between the slices of batch bread. 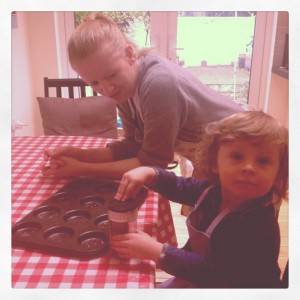 Anyhoo, as it happens, Ass Monkey now informs me that he is a fan of the pumpkin pie (5 and a half years on? I’m pretty sure he makes this shit up) and so Jacob and I have made a valiant attempt on his behalf. I would like to note that I am not a fan of pumpkin pie, it is nowhere near sweet enough for me, but had no major argument against making it because it’s one of those recipes that I love – you chuck it all into one bowl. Amazeballs.

For the butter crust, I threw 2 x cups plain flour, a pinch of salt, 3 x sticks of butter and 1 x egg in together. When the dough formed, I popped it in the fridge for a few mins.

I always hit YouTube and All Recipes for baking ideas if I haven’t a bog what I’m doing (which is pretty frequently, let’s be honest!). I flick through until I find a recipe that I can manage and have all the ingredients for, and usually go with that. All Recipes was my source for the ‘Perfect Pumpkin Pie’ recipe this time too. Here’s what you need:

1 x can pumpkin (IF you’re mental, you can buy a fresh pumpkin, carve out the insides and then blend them down to use instead)

Chuck them all in together and whisk away. Pour into the crust. Cook in a 225 degree pre-heated oven for 15 mins, then reduce heat to 180 degrees for a further 40 mins (or until you shtick a knife in there and it comes out clean). 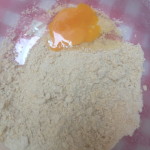 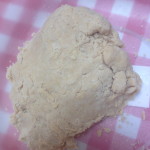 Finished dough that lived in the fridge for 20 mins 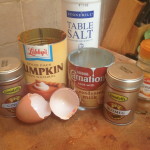 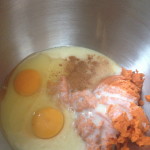 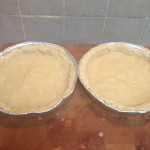 You can buy packs of these foil tins if you’re delivering pies as presses! Woodies stock them. 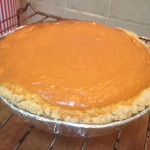