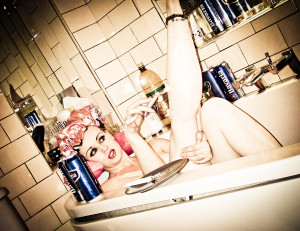 So I’ve been in labour for a month now. Not medically speaking, obviously, but mentally, emotionally and sometimes – psychologically induced, of course – vaginally.

The worst thing about being unsure about your conception dates is that is makes you suspicious of your due date too, and so every single twinge that I’ve had for the past five weeks have been huge dramatic events, resulting in declarations of ‘We’re going early!’ ‘Are the bags in the car?’ ‘Seriously, why the fuck are the bags not in the car? We’re having this baby NOW!!!’.

(It should be noted that a pain in the lower back/butt area can often mean that one just needs to poo).

I have cancelled nights out, lunches, trips to the half-an-hour away shopping centre alone, for fear of getting caught with my pants down (like that’ll ever happen again), my waters breaking at the Benefit counter in Boots, or being unable to drive home and forced to have my baby in the carpark at Lidl.

Now that I am FIVE DAYS OVERDUE (morto), I am raging that I’ve spent so much time in a house-and-immediate-area-bound panic over nothing. My ‘labour mani/pedi’ that I insisted on having done weeks ago are completely chipped, the valeted car is manky, the Immac job that I did on my nethers is a distant memory and even if I wanted to…. I can’t fucking reach it now to give it another go anyway. The cookies that I baked? Eaten. That last house clean before Granny & Grandad come to mind Jacob when we go to the hospital? Needs to be re-done. The work that I finalized and parked ‘for a few weeks’? I’ve picked up again BECAUSE I’M SO FUCKING BORED!! Dearest Baby – Where Art Thou?!

On the up-side, I am making the most of having some quality time with Jacob which, deliciously, also includes joining him for his midday naps. I lovvvvve napping. Oh, and eating three ice pops every day. And sleeping in my nudies. And wondering if we’re having a boy or a girl. And looking forward to seeing who it is that we’ve created this time.

(FYI I’m holding out for a ginger girl….)

The GREAT thing about having a ‘Due Date Deadline’ is that is makes you get shit done. It hasn’t been a bad 41 weeks, all things considered….

Got back to NYC with mum 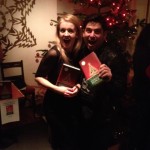 My first short story was published 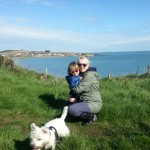 We moved house to the seaside 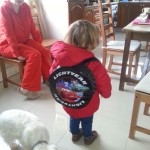 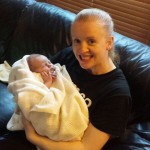 My beautiful nephew Sam was born 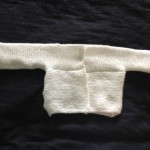 I finally finished Sam’s cardigan – with one arm longer than the other ;o) 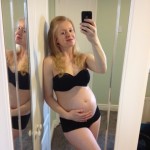 The ‘Preggo No Make Up Selfie’ that went viral 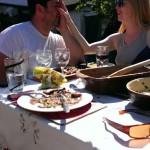 Al & I got ‘romantic’ in the sunshine 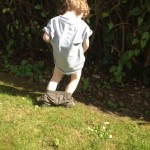 Jacob learned to wee in the garden ;o) 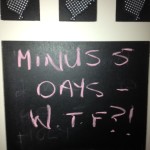