Don’t be disappointed but this isn’t actually a helpful, informative piece about what you should do if your 5-year-old should fracture his elbow on summer hols.

No. This is an appeal for HELP.

There are 5-ish weeks left to go before school decides to get over their (very tanned by now) selves and start back to educating our kids so WTF am I to do with the one-arm bandit until then?

@skinnybatchdeli pancakes being put to good use 😃

He had a fall at my brother’s wedding (lovely day, jesus they really got the weather and all the gorgeous pics and we drank all the gorgeous prosecco too) – and Ass Monkey and I had to transport him to Temple Street at 11pm via taxi..

..because we were fairly shit-faced by then.

I managed to change into a t-shirt and jeans but still had a full face of makeup and false eyelashes on so I looked FABULOUS as I burst through the doors in dramatic fashion, insisting on carrying my son wrapped in a blanket who DID NOT have a broken ankle and was well able to walk himself in, truth be told.

He’s adjusted quite well, to be fair, and is rocking the sympathy vote with the ladies and anyone else who enquires as to the presence of the cast.

‘My uncle dropped me’, is the story he insists on telling everyone, which isn’t true but I’m enjoying the reactions so I’m saying nothing.

Me? I’m not adjusting so great. There is now only room for me, him and the bright blue cast in our bed at night.

We had a pit-stop at @skinnybatchdeli earlier for supplies en route to Temple Street with this little man. We need to check out that fractured elbow!

Ass Monkey has been relegated to Jacobs bedroom – it is honestly the most use it’s gotten since we’ve moved into the house 3 years ago to be honest.

Kiddie camps have been a welcome relief until now, those 3 precious hours to yourself in the morning can never be underestimated.. but they finish this Friday.

Then what, people? Entertain the one-arm sympathy junkie by myself?! 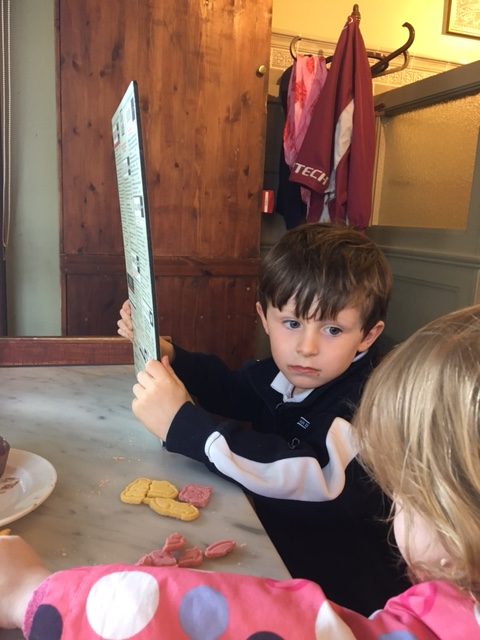