We left Eva’s ‘Bop-Bop’ and ‘Blankie’ behind us in Tenerife.

Accidentally on purpose, of course.

While our young 2-and-a-half year old never took to the soother as a baby, she formed a major attachment to this tatty old fleece blanket that once belonged to her big brother which she affectionately named Blankie.

Whenever the mood took her for a little comfort, she would announce ‘I’m very tired’ and dramatically lie herself down on the couch while someone filled a bottle of milk and went on the hunt for the ever elusive Blankie.

Miss Eva would then spread the Blankie out evenly over her entire body, up to her chin and covering her toes, before demanding Umizoomi from Netflix before shoving the ‘Bop-Bop’ into her gob. 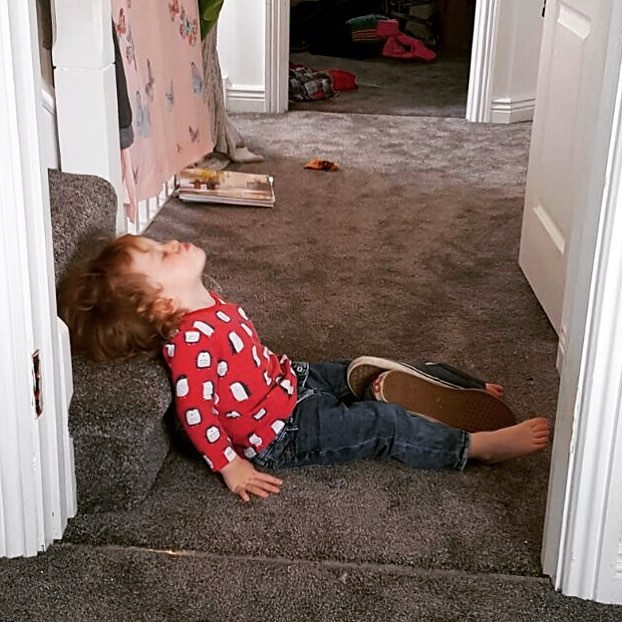 She is a lady of leisure, my girl.

But we felt as though the time was nearing for her to give both of them up. Her dependency on the bottle was too frequent and besides hoping that less milk would mean a better appetite for her regular meals, we also want her to be dry overnight while we continue to potty train her.

While we were in Tenerife recently, we realised around Day 2 or 3 that Eva hadn’t once asked for Bop-Bop and Blankie and so we seized the opportunity to eliminate them from her life.

We’d been down this road before with Jacob whose source of comfort was ‘Froggy and Do-Do’ -is it us or is it them who comes up with these names, I can’t remember! – his soother and a suckable teething toy in the shape of a frog.

When we moved house when he was two-and-a-half we just ‘didn’t bring them with us’ and he didn’t once ask for them ever again. The new environment and house just never had any association with them for him so… BINGO.

Eva has asked for her little comforts since returning home, eyeballing the couch where she normally has her siesta and seeing Umizoomi on the family TV again, but we’ve stayed strong.

“Bop-Bop and Blankie minding the pool in Spain” is what she now keeps telling everyone and while it breaks my heart a little bit for her I know she’ll be better off without them in the long run and soon she’ll have forgotten about them completely.

AND she’s had a dry bum every morning so far – winning!

When did you get your kids to give up their comforters? Or are they still going? Let me know how you’re getting on!

Have you checked out Mum’s Box yet? It’s Raising Ireland’s monthly subscription box dedicated to fabulous mums! Our very first boxes are headed out next week and we’re so excited about it! Click in the logo below to take you to the site and remember: #loveyourbox 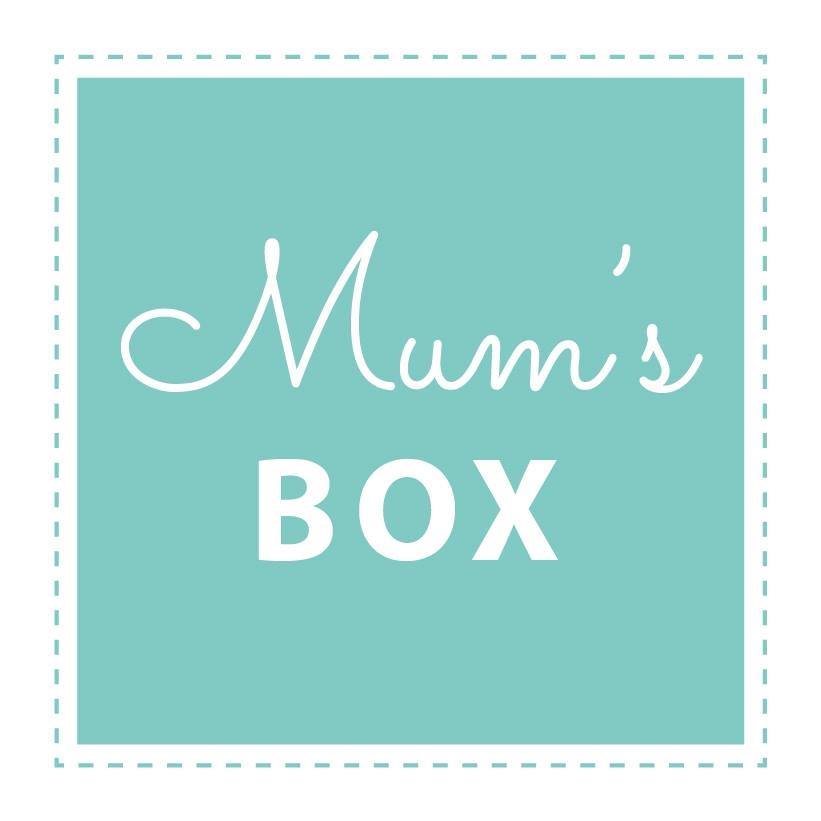 ‘Twas a morning that was going well, last Tuesday.

Ass Monkey left for work early, the kids and I had brekkie, cleaned up and got back upstairs to get dressed without any major upsets.

The calm in itself should have been warning enough that something disastrous was about to happen.

With both of my little ones dressed and the ole ‘Hands, face and teeth’ routine complete, I ushered them to my room and stuck the TV on while I had my own shower.

“Don’t jump on the bed” I warned. We had gotten a new base for the bed the previous week and the kids had been enjoying testing it’s durability by bouncing on it, off it, over it and all around it.

“Jacob, you are the Chief of Not Bouncing On The Bed until mammy gets back. I’ll be two minutes. Watch Diego”.

He wasn’t really convincing me that he was listening so I chucked out my instructions another 17 times before leaving for the bathroom.

I was in the shower all of 30 seconds when Jacob came in, crying.

They had been jumping on the bed, he said, and had bashed heads.

He looked so scared that I ran, soaking and in my nip, to my room where Eva was crying that kind of a cry where you know something has gone really wrong.

She’s normally a tough little thing but on that Tuesday morning, she wouldn’t stop crying and wouldn’t let me put her down either. It was some job trying to get the suds off and get myself dressed.

On the way back from dropping Jacob to school Eva vomited all over herself in the back of the car so I did an instant detour to the doctor’s surgery. Bang on the head + vomit = not a great situation.

Our local GP was great – he saw her immediately and said she had a mild concussion, to administer Calpol and Nuerofen for the pain in her head and to monitor her for the next couple of days.

Ass Monkey and I got zero sleep that night – between just being worried about her generally (I slept beside her in her bed) and her own inability to sleep (concussion can throw out a sleep pattern for a few days), it was one long night.

She seemed pretty ok the next day and went to preschool who said she was fine aside from a slight spike in temperature. She had also taken a little nap and we put that all down to the lack of sleep the night before.

That evening we were out shopping for a shirt and tie for my dad for the wedding and went for a bite to eat afterwards. Our childminder called just towards the end of the meal; Eva had thrown up twice.

We were in the city centre so zoomed back to North County Dublin to grab her and take her to Temple Street.

The staff in the hospital are absolutely fantastic and we discovered while we were there that not only did Eva have the concussion from the day before but also has a urinary tract infection (UTI) which was the cause of the temperatures and the vomiting.

That kid was having a SHIT week.

We all got home and into bed at around 5 am armed with a dose of antibiotics and pain killers and had another couple of rough days (and nights!) after that where her temperature still spiked every few hours.

She’s back to herself as of around Monday or Tuesday this week and I’m only short of putting a helmet on the kid to keep her little head safe.

I haven’t had a shower without either Alan being around to keep an eye on them or with her having a nap since. That’s the end of that!

(My advice if your kid bumps their head? Take absolutely no chances – take them to the doc straight away and into hospital if you suspect anything is awry).

**Read More On The Signs Of Concussion On The HSE Website** 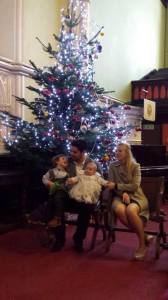 We had a Baby Naming Ceremony for Eva on Saturday, at The Unitarian Church at St. Stephen’s Green in Dublin. It’s a beautiful service, that concentrates solely on welcoming the child to the world, and leaves out all the religious stuff. ‘Coz Ass Monkey and I don’t dig the idea that babies are born with sin. Like, me hole.

I decided I would say a few words at the service, as Alan had done it for Jacob, and took to the good ol’ internet looking for inspiring poems or phrases that I could include. As is often the way, I got super sound advice from my mates on Facebook, who suggested that I pen my own letter to the gorgeous baby girl, as it would be a fab keepsake for her in years to come.

And so I did. It’s the easiest thing in the world to do, because you love them so much, and as a bonus, it can capture a snapshot of what is going on in the world at the time, how you feel about them, a little of the birth story, and even slag off your partner for TAKING HIS EFFING TIME when you went into labour ;o)

Here it is, enjoy, and thanks for the encouragement to do it!!

On the night that I woke your dad at 1am to say that I felt you were on the way, you were already 9 days overdue. This is entirely my fault, as my mother informs me that I was born not one, not two, but THREE weeks overdue and have been late for every single moment of my life ever since! So that one, you have inherited from me.

After your dad finished his two sausage sandwiches (cough), we drove into the hospital and I remember turning onto the quays in Dublin City and remarking on how still the river was, and how pretty everything looked all lit up at night. At that same moment, you gave me a little kick & I knew that you were ok and we were going to get you into the world safe and sound.

Your dad and I were so overjoyed that we had a daughter that we cried and cried with happiness for hours. In fact, I carried on crying for a few weeks, any time I opened anything pretty and pink…. (hormones and happiness).

From the moment I met you, I said to everyone who would listen, ‘Look how strong she looks’. You were tough from Day 1; you had this sideward glance you gave us that said ‘Ok, whoever was in charge just got fired. I’m here now’. That one, you have inherited from your dad.

I have never seen your dad so in love as he is with you. He held you on the rocking chair for hours, every single evening for the first 12 weeks of your life when your little tummy pains kept you from sleep. I often attempt conversations with him now and watch his gaze drift off towards you, where he catches eyes with you and his whole face lights up. I would wager that Irish Water could call to the door, and so long as he’s happily distracted by you, he’d let them install TWO meters.

And your brother Jacob – well, he did ask for a long time where ‘Baby Brother’ was, but he has gotten very used to being the ‘best big brother in the world’ to his beautiful little sister. He is very kind and gentle with you, delighting in seeing if you’re awake every morning so that he can say ‘Hi, Poo Head!’ After we brought you home, he would introduce you to visitors by only giving them your full name. But as he couldn’t pronounce ‘Elizabeth’, he used to call you ‘Eva A Little Bit’. And we think that really suits.

So to Eva A Little Bit – welcome to our family and our hearts. M’iníon, mo ghrí, mo chroí.

PS: We spelled it EVA but pronounced it AVA, on purpose. You’re welcome ;o)