Ass Monkey and I do like to throw a party. He likes to cook, I like to bake, he likes to build things like super-sized sheds in the garden that he can lean on when chatting to guests so that he can inconspicuously tilt his head towards it every 24 seconds or so until someone asks, ‘Oh did you build that yourself?!’ We are very needy..

I swore after Jacob’s first birthday that I would never repeat the crazy shenanigans of inviting everyone over and catering for them ourselves, and all the cleaning before and afterwards, and then all the shame for drinking in front of the children, the shame that doesn’t leave you for weeks on end.

But we did it again with Miss Eva!! Oh yes, in the height of Summer 2015, or ‘The Monsoon’ as it will forever be remembered, Ass Monkey and I elected to throw a garden party in her honour, and in honour of our getting engaged (don’t talk to me, I’m still just getting over the shock).

We landscaped gardens, painted fences and gates, borrowed tables and chairs, got a couple of kegs of craft beer in, baked until the cows came home, power-hosed, polished, filled vases.. The party was due to kick off at 2pm and by 12.30, it was still pissing down. PISS-ING.

At 1.30pm, I was mopping the mucky kitchen floor (AGAIN) in my PJs when the first of the guests arrived early. Disaster! That’s the golden half hour, when you get dressed, remember to put toilet roll in the jacks and forego hoovering the stairs for stashing the dog in the neighbour’s house. Doesn’t everyone do all that last minute too? (I know, I’d never win on Come Dine With Me, unless I just got all the guests locko and mesmerised them with some interpretive dance so that they forgot there was supposed to be food).

By some Baby Eva miracle, the sun came out at 2 o’clock on the button and we were able to sit everyone outside for the rest of the day. I don’t think Ass Monkey and I sat down to enjoy a bite to eat until about 4 or 5pm but Eva got the day she deserved, and himself and I necked an ole bottle of champers to celebrate our own little bit of romantic news. And also, because drinking at kid’s parties is one of the only ways to get through them.

We were so wrecked afterwards that we said the usual, ‘We are SO never doing that again, deal? DEAL!’ But true to form, by the time Jacob’s 4th birthday party rolled around a couple of months later, we invited his entire class over for the afternoon for a Teenage Mutant Ninja Turtle party, complete with pass the parcel, musical statues and badass behaviour on the bouncy castle.

Mostly from yours truly. One can’t help herself, she does like a party ;o) 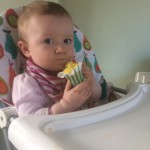 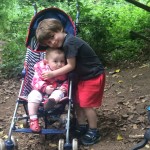 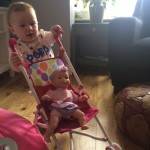 Easy on that corner Eva 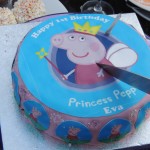 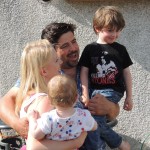 Serious sunshine after all 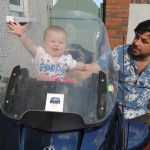 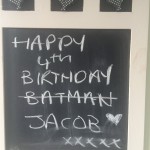 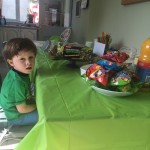 Why must you torture me so?! 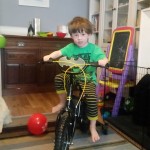 YES to the bike! 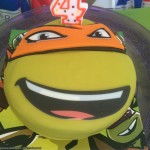 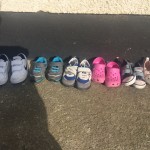 All Jacob’s mates came to play 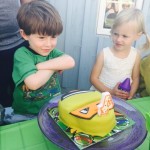