First I didn’t want one and now I reckon I’ve had about three.

There was an ‘accidental’ hen party on a micro scale a few months ago when me, my mum, Nicola and Rory (my bridesmaid and bridesman respectively) attempted to go shopping together in town on Saturday afternoon. 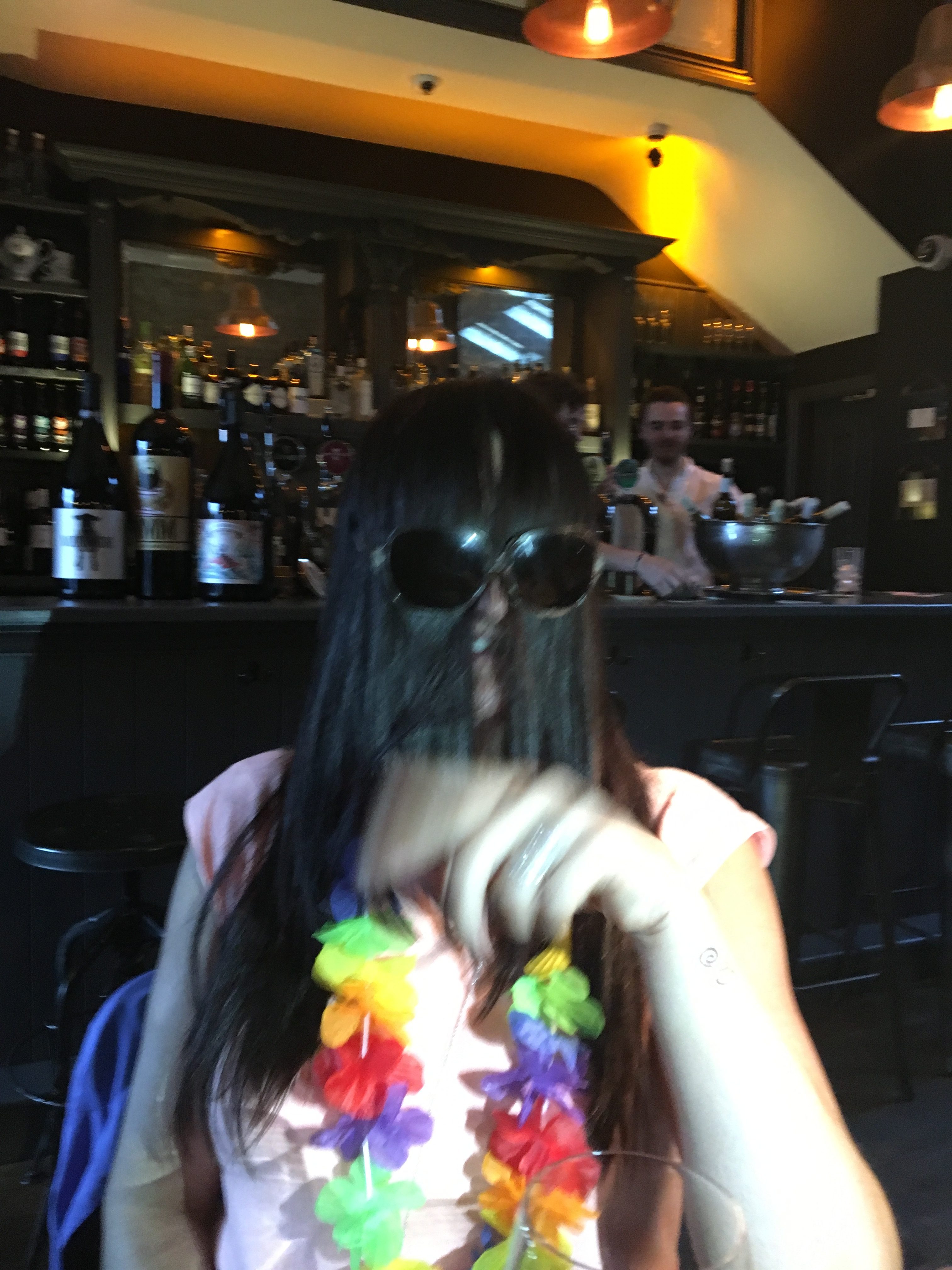 (That’s Nicola, by the way, our bridesmaid. You couldn’t get her out of her shell if you tried).

Then I decided that I would throw on a show – a night of music, comedy and a few songs written for Alan that I would sing to him as a KIND OF hen party.

He must be so proud

Rory, Nicola, Me and Mum

Next day at Charlotte Quay

I can’t say too much about the night, other than that I couldn’t speak for a full week afterwards, everyone in The Marker Hotel was asleep by the time I got back to it circa 4am, alone, in full ‘Hen Party’ attire and had to explain to the concierge that I had not, in fact, been ‘ordered’ by anyone staying at the hotel.

And THEN my sister-in-law Claire mentioned that she had a friend who owned an apartment in Marbella.

So off we trotted – me, mam, Claire and my other sis-in-law Nicola for a few days celebrations in the sun.

It was my first time to ever visit ‘Marbs’ and I have to say it was one of the best holidays I have ever been on.

I obviously can’t say too much about that either (for issues of National and International security) but suffice to say that we drank everything, talked about everything and managed to get some much-needed warmth into our bones.

Now that I still have just under three months to go to the actual wedding, I’m seriously asking;

Surely there’s time to fit in one more, isn’t there?!