I got up with Jacob this morning and thought ‘What the f*ck am I going to do with you today?!’ Yesterday, he went for a swimming lesson, the playground, in to the city to see Santa, ate mince pies…. Today, I’m exhausted. If we even make it to the shop for milk, I’d be surprised.

So whenever I have days like this (or it’s lashing rain), I can always be guaranteed that baking something together will kill a bit of time. There’s also a major cute factor as I help Jacob into his ‘Mammy’s Little Helper’ apron ;o) 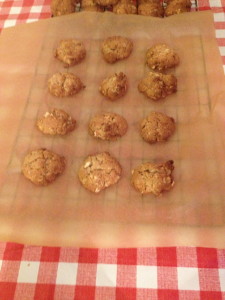 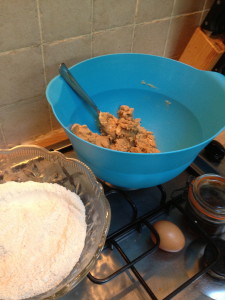 Add in 1 1/2 cup porridge oats & 1 cup of shredded coconut. (It gets pretty tough to hand mix 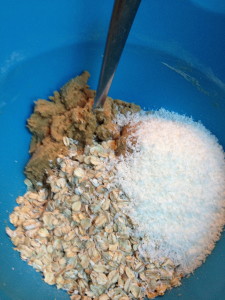 at this stage so flex those muscles!! I also throw in a drop of milk if the mixture is very dry at this stage, just to make it bond a bit better).

And that’s it!! Pop tablespoonfuls of the mixture onto 2 baking trays with a sheet of baking parchment on them, in the oven at about 190 degrees.

And then shove them into your gob with a nice cuppa. Enjoy! x 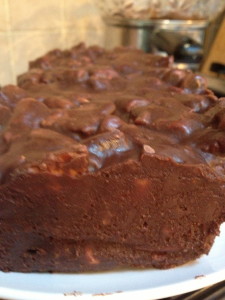 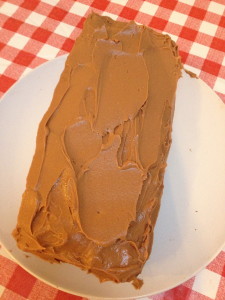 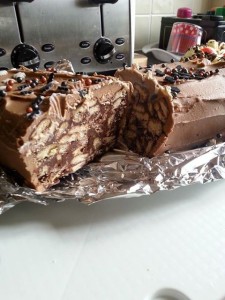