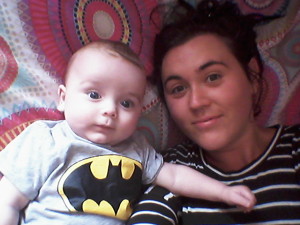 One thought on “Gender Specifics”

Alternative parent Jenny McGrath is a first time mummy to full time smiler Leon Wolf. She blogs her opinions, and has been published on many parenting sites due to her honest approach and lack of patience for the fads of parenting we see everywhere today. Pet peeves involve sentences that start with "they say you should / shouldn't..." Read Full
More posts by the Author »